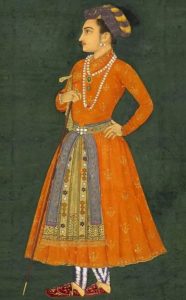 The Vice President has released the Arabic Version of “Majma Ul-Bahrain” of Mughal Prince Dara Shikoh.

The course of the history of the Indian subcontinent, had Dara Shikoh prevailed over Aurangzeb, has been a matter of some conjecture among historians. Critically analyse.

Who was Dara Shikoh?

Q.Who among the following Mughal Emperors shifted emphasis from illustrated manuscripts to album and individual portrait?

The correct answer will be Jahangir.
As in his reign the side wise patriot came into picture which is somehow influenced by iran culture,several artist used to stay in his court.