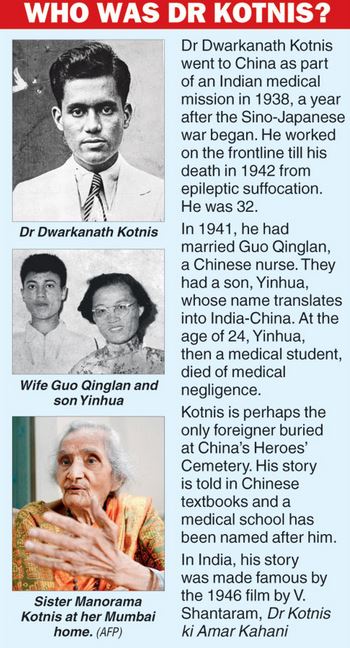 A bronze statue of Indian doctor Dwarkanath Kotnis is set to be unveiled in China.

Q.A recent movie titled The Man Who Knew Infinity is based on the biography of

A revered personality in China