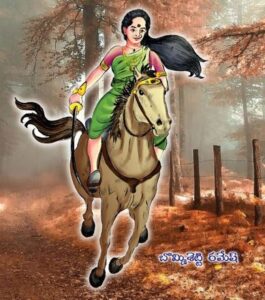 The fort of legendry Vannuramma in Nallamala forest in the present day Mydukur mandal of Kadapa district is trending due to its rundown condition.