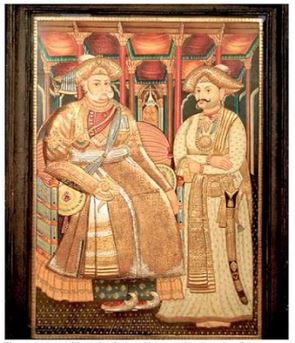 A 19th-century painting of Raja Serfoji and his son Sivaji, which was stolen from Saraswathi Mahal, Thanjavur, a few years ago has been traced to the Peabody Essex Museum, Massachusetts, in the US.

Who was Raja Serfoji?

Features of the doctrine