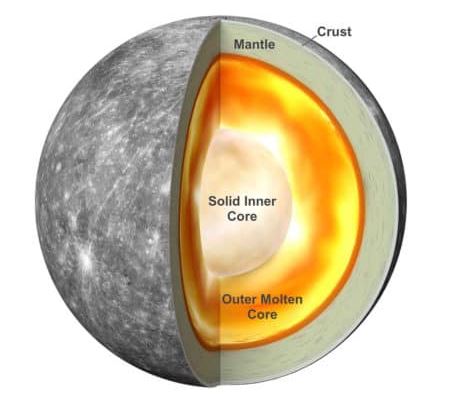 Researchers have developed a model showing that the density, mass and iron content of a Mercury’s core is influenced by its distance from the Sun’s magnetic field.

Mystery over the core

Why does Mercury have a large core?

What are the key propositions?