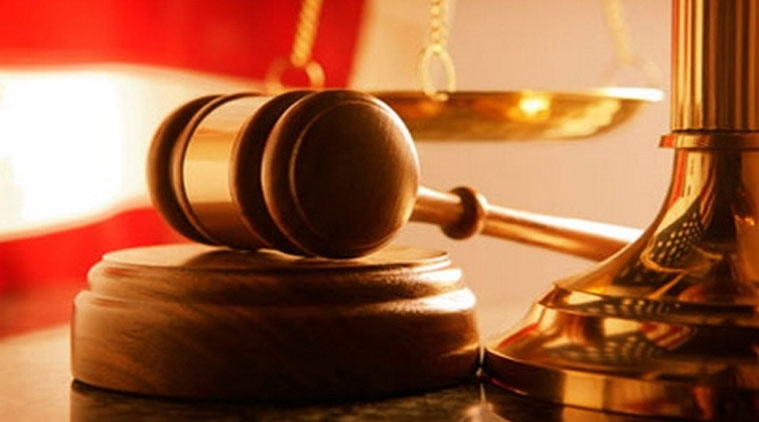 Q.) “The proposal to create an All-India Judicial Service (AIJS) along the lines of the All India Services (AIS) is one that has been endlessly debated since the idea was first mooted by the Law Commission in the 1950s.” Critically examine.

Mains level: It is a vary important topic. Read every article on this topic, very carefully.

Brief outline of the AIJS

Why are best talents in law field not joining Judicial Services?

Justice Kurian said that Constitutional amendment is a substitution and once the substitution was held to be bad in law, the original provision would return to life.

After receiving Presidential assent on Dec. 31, 2014, the collegium system of appointing judges to the SC and high courts was replaced by a new body called the National Judicial Appointments Commission.

The NJAC Conundrum – A tacit attempt to subvert the independence
of Judiciary or a panacea for Judicial Accountability? Discuss.

Feel free to air your views, opinions, queries, inputs. You may take a
cue from the following but are free to digress within the scope of the
discussion at hand:

As per the Second Judges Case, the Constitution Bench of the SC hearing a petition challenging NJAC Act and CA Act might find it difficult to strike down the laws on the grounds that they destroy judicial independence and hence the basic structure of the Indian Constitution.

The debate was triggered by counsel Anil Divan, who said the NJAC Act was flawed as the commission would be totally dependent on inputs from government departments.

“But you have to trust someone. What if we remove the Executive from the appointment process? How will they [NJAC] get information? Only the government has the machinery to gather intelligence on the sensitivity, family, integrity, etc., of a person under consideration … This is the fact, whether you like it or not,” Justice J.S. Khehar, who heads the five-judge Constitution Bench, told Mr. Divan.

When you say someone should be ‘fit’ to be a judge, do you mean that we will need a medical certificate saying it is assured we will live till 65 years of age?

A provision in the NJAC Act, dealing with the appointment of the Chief Justice of India says the senior-most judge would be appointed CJI, provided he is “fit.”

Instead of seeing the NJAC verdict as one that leads to a confrontation between the Parliament and the judiciary, the executive must use this as an opportunity to help the Supreme Court in preparing an institutional design so that appointments are fair and transparent.

Two days after the Supreme Court pronounced its verdict on the 99th Constitution Amendment Act and the National Judicial Appointments Commission (NJAC), declaring them to be ultra vires the Constitution.

The reaction of the executive to the NJAC verdict raises the fundamental question,

“Should the exercise of power of judicial review depend upon the will of the Parliament?”

Indian Constitution, unlike the Constitutions of USA and Australia, does not have an express provision of separation of powers but its sweep, operation and visibility are not unclear.

While it is the Parliament’s prerogative to amend the Constitution and make laws, the duty to decide whether the basic elements of the constitutional structure have been transgressed has been placed on the judiciary.

The power to strike down offending amendments to the Constitution on the touchstone of basic structure can be exercised by the superior judiciary alone, uninfluenced by the will of the Parliament.

Our Constitution has given the power of judicial review to the unelected superior judiciary to declare ‘unconstitutional’ a legislative act, once it is found to be violative of the basic structure.

What remains of democracy if there is no rule of law?

Parliamentary supremacy refers to the power of Parliament to make laws within the limits imposed by the Constitution.

It also denotes the supremacy of Parliament over the executive, primarily through the accountability of the Council of Ministers to Parliament.

All the three organs of the state derive the power and jurisdiction from our Constitution. Each must operate within the sphere allotted to it.

Judicial function is also a very important sovereign function of the state and provides the foundation for rule of law.

Is it good that judges appoints Judges in India?

It is not wholly correct to say that judges appoint judges in India as consultative participation of the executive is present in the institutionalised procedure prescribed after the Third Judges case.

But assuming it to be so, ours is perhaps the only country where the government is the biggest litigant before the courts, Isn’t it?

Why is this so?

We are one of the very few countries where actions of the political executive in diverse fields, ranging from violation of human rights to wrongful distribution of natural resources and wide range of issues which have huge political ramifications, are brought before the superior judiciary in the public interest litigation (PIL) .

Can judges who are appointed with the direct say of the government be relied upon to deliver neutral and high-quality decisions in such matters?

It is no exaggeration to say that appointment processes shape the ability of courts to hold political institutions to account.

In the Second Judges case, the nine-judge Bench exposited that appointment of judges to High Courts and the Supreme Court forms an integral part of the basic structure of our Constitution.

Therefore, the executive cannot interfere with the primacy of judiciary in the matter of appointments.

The NJAC’s flawed composition consisted of the fact that it merged certain components, reflected in the inclusion of Law Minister and two eminent persons and giving any two members the power to veto the decision of the other four.

This directly affected the independence of judiciary in the judicial appointments process.

Democratic values are strengthened not only by a strong legislature but also by a strong judiciary so that together a mutually respectful and independent partnership on the public’s right to justice is maintained.

The judges who delivered the judgment in the NJAC case also hold the view that an improvement in the working of the collegium system is the need of the hour.

Demands of the Constitution can override the wishes of the people expressed through elected governments.

These are at the very core of a democratic commitment to judicial independence and constitutional supremacy.

In the words of Alexander Hamilton, one of the framers of American Constitution, “where the will of the legislature declared in the statutes is in opposition to the Constitution, the judges ought to be governed by the latter, rather than former.”