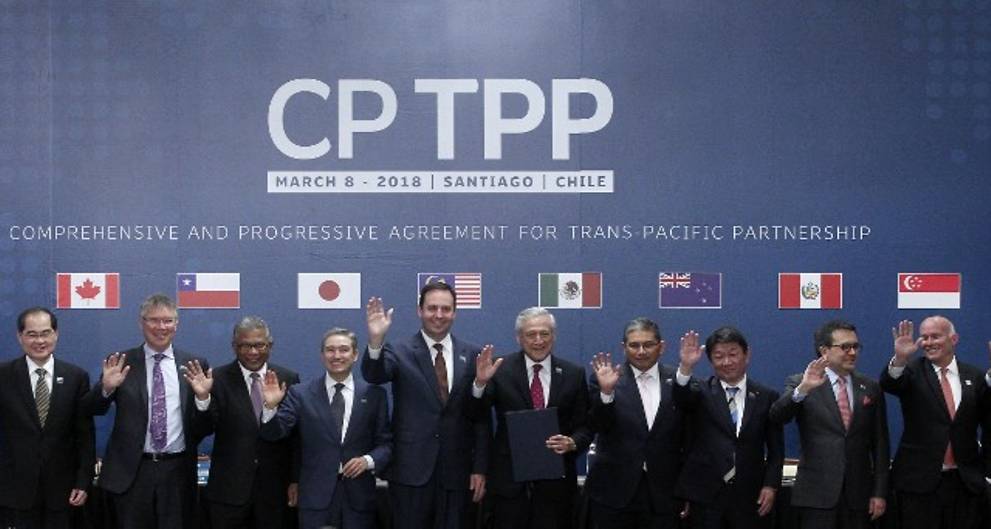 Prelims level: Particulars of the CPTPP

Mains level: Particulars of the CPTPP and, related concerns for the member countries and future members.

The Comprehensive and Progressive Agreement for Trans-Pacific Partnership(CPTPP)

Low tariffs in the Member countries of the CPTPP

Criticism of the CPTPP

Will other countries join the CPTPP?

Mains level: TPP deal and its effects on India and world

TPP deal finalized after the US exit

What is the USA’s stand now?

The TPP agreement (which India is not a part of) was reached in October last year and the member countries have 2 years to ratify the pact. 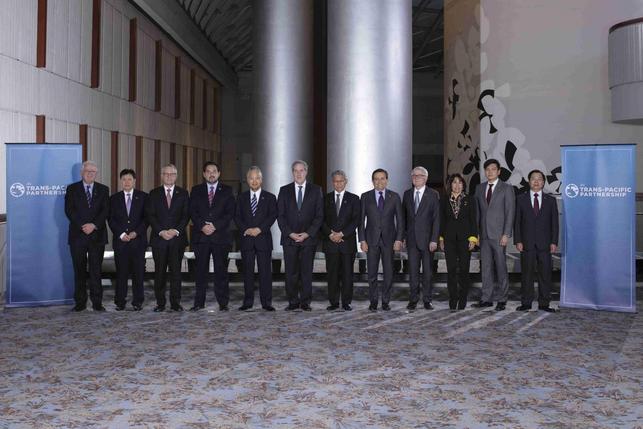 What is the TPP?

Trans-Pacific Partnership (TPP) is a trade agreement between several Pacific Rim countries concerning a variety of matters of economic policy.

The aims of the TPP include the lowering of barriers to trade in goods and services, reducing tariffs to zero by 2015. In addition, the TPP hopes to promote investment and job creation in member states.

How does it come into reality?

TPP initially called the Trans-Pacific Strategic Economic Partnership Agreement, the pact began as a 2005 trade agreement between Brunei, Chile, New Zealand and Singapore in an effort to integrate their economies, drive growth and create unified regulations.

In 2008, during the Bush administration, the U.S. joined talks to expand the agreement, along with Australia, Peru and Vietnam. The U.S. trade representative under Obama, Ron Kirk, declared the American interest in forging a broad-based regional pact.

Then, in 2010, under the new name the Trans-Pacific Partnership, Malaysia entered the discussions, followed by Canada and Mexico in 2012.

By 2013, Japan began participating in the talks. South Korea and Taiwan have subsequently announced their interest but not formal participation.

Though all of the negotiating parties belong to the Asia-Pacific Economic Cooperation forum (APEC), the TPP is a separate initiative but with similar goals as APEC’s proposed Free Trade Area of the Asia Pacific.

Why the Trans-Pacific Partnership Matters?

The Pacific accord would phase out thousands of import tariffs as well as other barriers to international trade, like Japanese regulations that keep out some American-made autos and trucks.

It also would establish uniform rules on corporations’ intellectual property, and open the Internet even in communist Vietnam.

It eventually would end more than 18,000 tariffs that the participating countries have placed on American exports, including autos, machinery, information technology and consumer goods, chemicals and agricultural products as varied as avocados in California and wheat, pork and beef from the Plains states.

The trade ministers who negotiated it predicted the overall economic and political heft of the 12-nation group would turn the accord into a model for future trade agreements.

It would overhaul the system for settling disputes between nations and foreign companies, while barring tobacco companies from using that process to block countries’ antismoking initiatives.

It also would enforce higher standards for labor conditions and environmental protection, including wildlife-trafficking.

How will it benefits to USA ?

Expanding the orbit of U.S. free trade is a major foreign policy goal of the Obama administration, and as a part of its desired international “pivot” toward Asia, it hopes to increase its economic presence in the region.

Supporters of the partnership say by lowering barriers to trade and increasing avenues for economic globalization, the enlarged $2 trillion zone of diminished tariffs would stimulate employment in U.S. and provide an incentive to invest abroad.

Agreement hopes to show China that the U.S. will remain a committed economic partner for the nations of the Pacific Rim, without excessively provoking Beijing.

Who opposes the TPP?

Opposition to the proposed agreement and to the perceived influence of multinational corporations in the process has been led by public health advocates, labor groups and environmentalists and politicians.

Some U.S. legislators have voiced concerns that the TPP requirements would prevent access to medicine in developing countries, due to excessive patent protection. Doctors Without Borders argues against “dangerous provisions that would dismantle public health safeguards enshrined in international law.”

Many activists also focused criticisms on the intellectual property section of the proposed partnership, which, according to WikiLeaks, could have “wide-ranging effects on medicines, publishers, internet services, civil liberties and biological patents.”

As a trade agreement, the TPP would require House and Senate majorities and then the president’s signature. Domestic American opposition has concentrated their skepticism not just on how “free” the agreement would be but also on problems with the “fast track” congressional voting procedure.

Japanese producers in the anime and manga industry say the TPP could damage their business by allowing companies to halt imports of intellectual property, in order to protect local distributors of licensed merchandise.

Rice farmers, as well as beef, poultry and pork producers, have mounted firm resistance to the pact, which would dramatically decrease import tariffs.

Geopolitically, China is concerned that the partnership is designed to exclude its economic activities, while some American officials have expressed doubts whether the market-oriented pact would ever be compatible with Beijing’s command economy.

In Europe, analysts view the TPP as a trade regime that could set a precedent for the nascent Transatlantic Trade and Investment Partnership (TTIP).