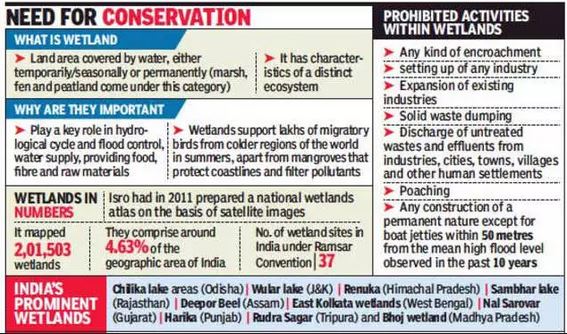 Four more wetlands from India get recognition from the Ramsar Secretariat as Ramsar sites.

Which are the new sites added to the Ramsar List?

With this, the number of Ramsar sites in India are 46 and the surface area covered by these sites is now 1,083,322 hectares.