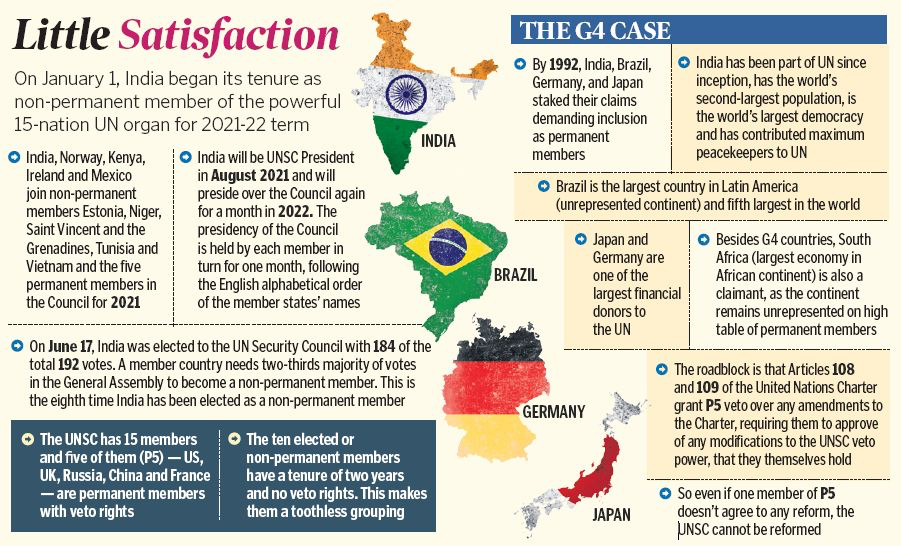 The G4 nations have said that the Intergovernmental Negotiations on UN Security Council reform are constrained by a lack of openness and transparency.

Who are the G4 Countries?

Deterrent in their cause

What holds them back?

Why India deserves a permanent seat?