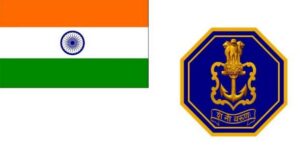 The new Naval Ensign (flag), which will be unveiled by PM in Kochi, has brought into focus the flags and ranks adopted by the Indian military after Independence.

When did India switch from British-era flags and ranks?

When did Lord Mountbatten come into the picture?

What did Lord Mountbatten say in the note?

What changes did Mountbatten suggest for uniforms?

How did the Indian government react to Mountbatten’s suggestions?