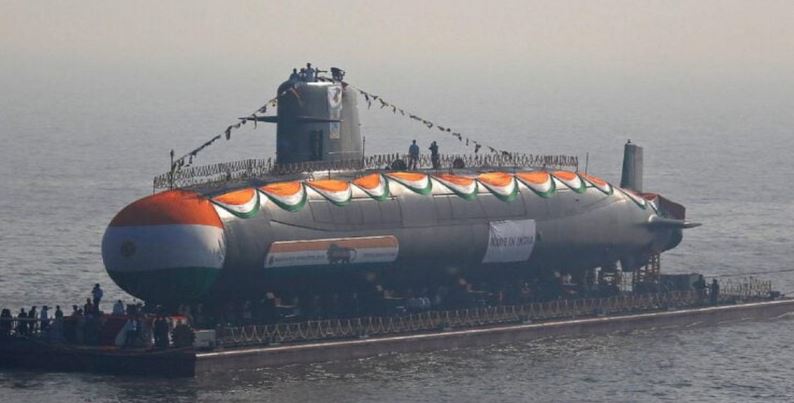 The fifth Scorpene class conventional submarine was commissioned into the Indian Navy as INS Vagir.