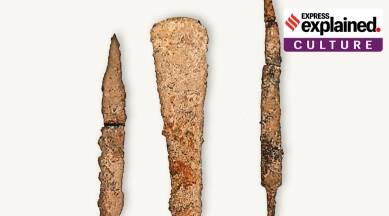 Carbon dating of excavated finds in Tamil Nadu pushes evidence of iron being used in India back to 4,200 years ago, the Tamil Nadu government announced this week on the basis of an archaeological report.

Where were these objects found?

When the Iron Age is considered in India?