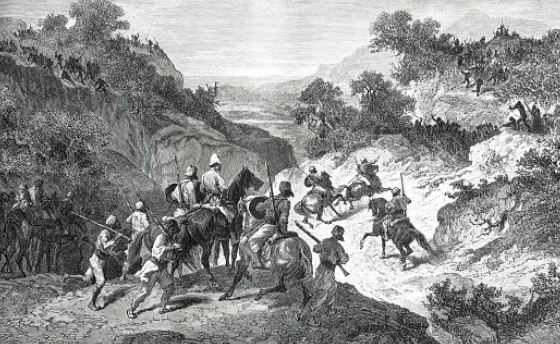 Ahead of PM Modi’s visit to Mangarh Dham in Banswara district, Rajasthan CM has sought the declaration of the memorial for tribals as a monument of national importance.

Q. Which amongst the following provided a common factor for tribal insurrection in India in the 19th century?

(a) Introduction of a new system of land revenue and taxation of tribal products.

(b) Influence of foreign religious missionaries in tribal areas.

(c) Rise of a large number of money lenders, traders and revenue farmers as middlemen in tribal areas.

(d) The complete disruption of the old agrarian order of the tribal communities.

Post your answers here.
0
Please leave a feedback on thisx