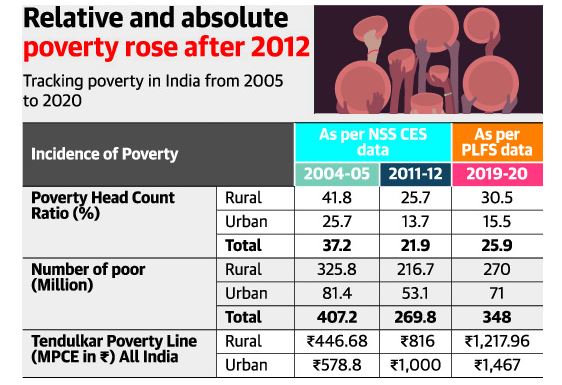 In the absence of Consumption Expenditure Survey (CES) data, the Periodic Labour Force Survey shows a rise in the absolute number of the poor in India.

There is unemployment induced poverty

Why is it intriguing?

Reasons behind this Pauperization

The reasons for increased poverty since 2013 are not far to seek: