Researchers at IIT Madras have demonstrated that by using Raman thermometry on fibre optic cables, they can achieve the monitoring of power transmission cables.

What is Raman Thermometry?

For that, we need to get familiarized with Raman Effect 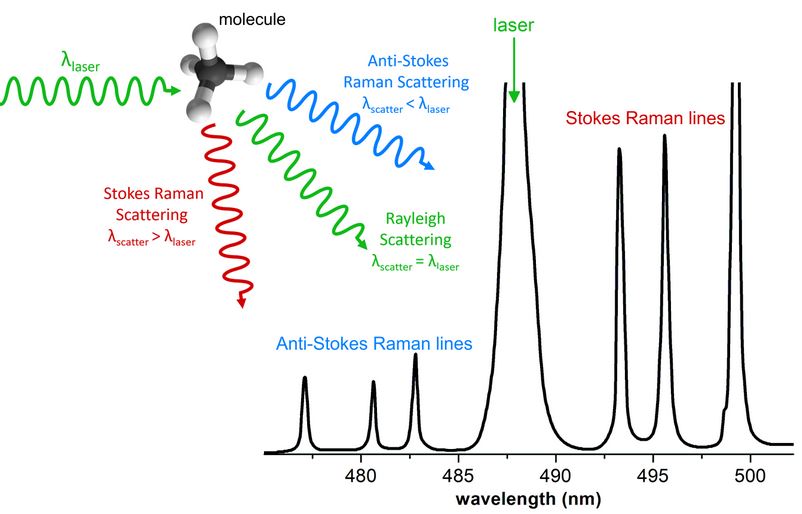 Thus, by measuring the intensity of the anti-Stokes scattered light we can estimate the temperature. This is Raman thermometry.

What has IITM achieved?

What makes this experiment special?