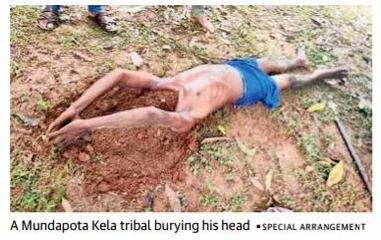 Members of the Mundapota Kela community in Odisha perform an unthinkable act of their head buried in soil, which requires exceptional breath control, for a living.

c is correct answer.
There are 75 PVTGs in India.

You got the trap unlocked! If one can eliminate s3, its an easy question.