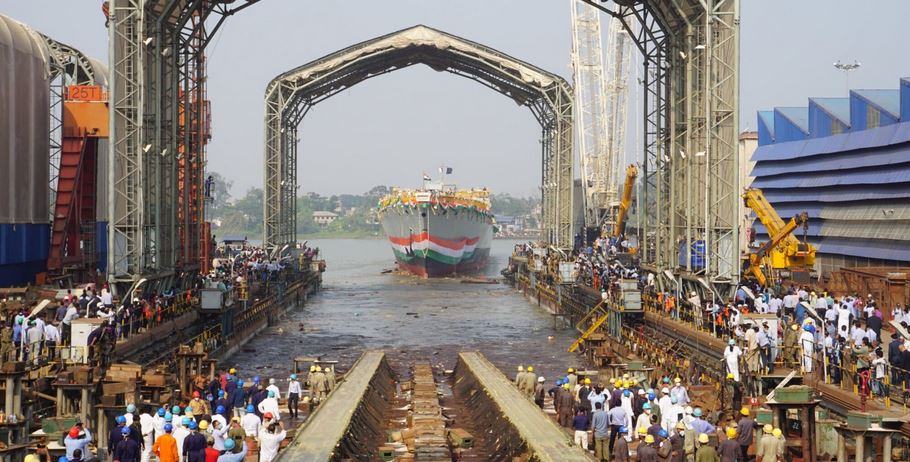 Himgiri, the first of the three stealth frigates being built by Garden Reach Shipbuilders and Engineers (GRSE), Kolkata, under Project 17A for the Navy, was launched into the water.

Q“To be secure on Land, we must be Supreme at Sea”. In this context, discuss why India is primarily a Maritime Nation?