Prelims level: Not much
Mains level: Saudi Crown prince Visit to India And deepening of bilateral realtionship and change in regional dynamics

Change in South Asia And Gulf relationship after British Withdrawal

Growing Proximity over the years 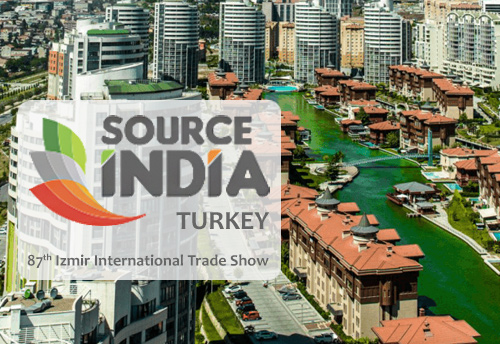 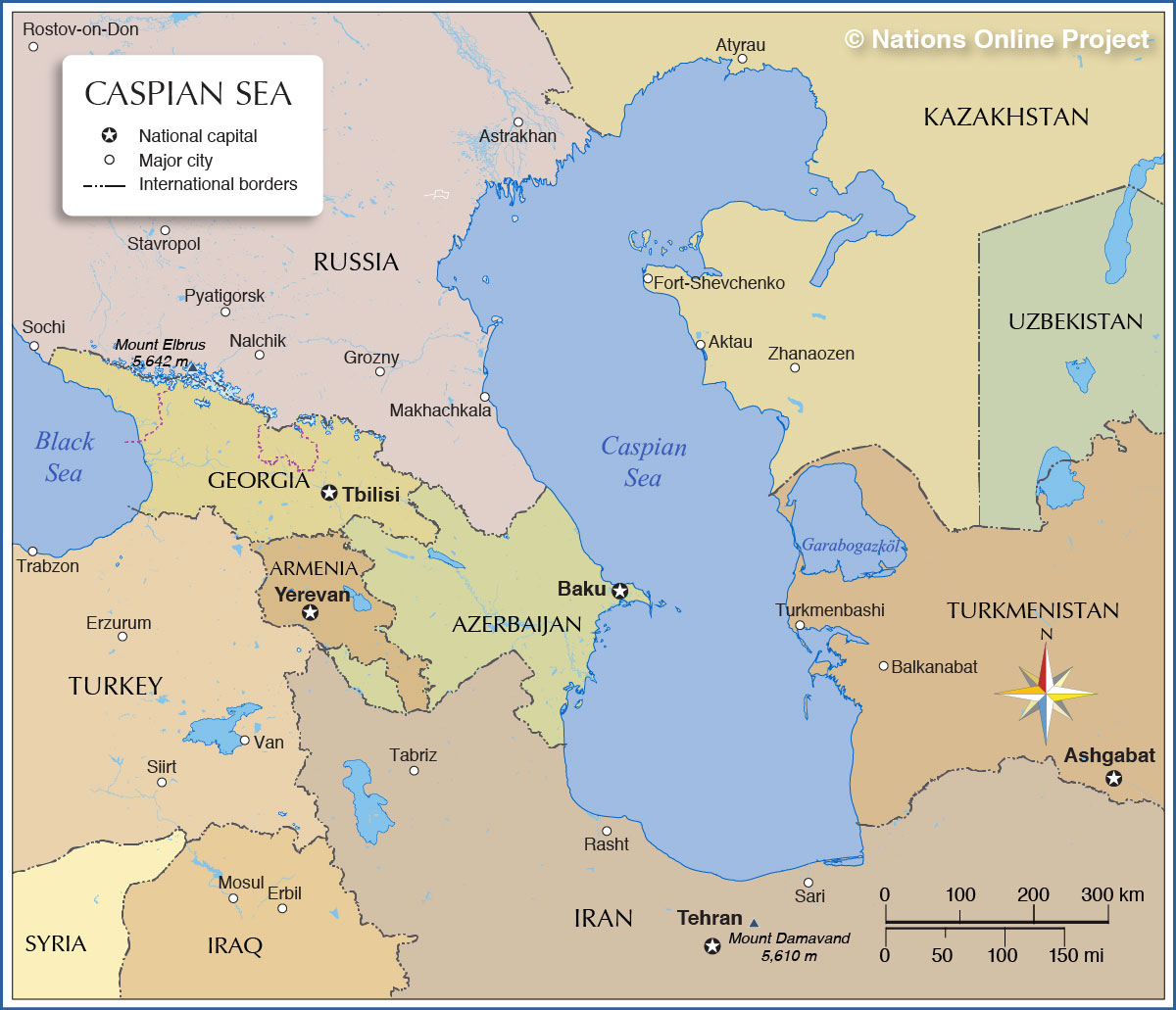 Importance of this exercise

How can SCO help?

Mains level: Iran nuclear deal and its implications on India

Implementation of JCPOA to continue

Five Central Asian states have significant disagreements among themselves, and development trajectories have increasingly diverged since the end of the Soviet Union. Kazakhstan is a stable, relatively open middle-income country, whereas Kyrgyzstan and Tajikistan are impoverished, chaotic, and poised on the verge of state failure.

Uzbekistan and Turkmenistan—with significant human and industrial capital (Uzbekistan) and hydrocarbon resources (Turkmenistan) but leadership wary of engaging with the outside world— are somewhere in between.

Turkmenistan, Uzbekistan, Tajikistan, and Kyrgyzstan are also affected by their proximity to Afghanistan and the potential for Afghanistan’s instability to spread across the border. Kazakhstan, which does not share a border with Afghanistan, sees it as less of a threat.

Many participants noted that the Central Asian governments are particularly concerned about the consequences of a precipitous U.S. withdrawal from Afghanistan. Some worried that Afghanistan’s ills—including radicalism, violence, and drugs—could take hold within Central Asia itself if more is not done to stabilize the country before the United States and its allies withdraw, whereas others questioned how relevant the Afghan example is for the largely secular, non-Pashtun Central Asian states.

Recent bouts of instability in Kyrgyzstan and Tajikistan have focused minds in the region on the dangers of negative spillover from Afghanistan. Conversely, a secure Afghanistan would represent a potential resource for Central Asia. It sits along the principal transit route between Central and South Asia and occupies part of the shortest route to the sea for landlocked Central

Asian states. For this reason Central Asian governments are playing an active role in promoting economic development in Afghanistan—a role that reinforces the U.S. coalition effort.

To counter terrorism and radicalization:

As of July 2015, India has been accorded full membership of the Shanghai Cooperation Organisation (SCO) along with Pakistan at its Ufa summit held in Russia.

Connecting the dots with SCO

Per Chinese and Russian scholars, creation of SCO helped address the security problems and enhance economic cooperation in the Central Asia region. The Western discourse, however, has tended to see the SCO as a mechanism to counter-balance the influence of the United States in the region. Both are correct!

SCO is considered and tagged as anti-west. Behind the veils, it is alleged that SCO is going to be a NATO like military alliance in East. You might expect a question on that line and be asked to put India’s context in place.

However, China exaggeratedly says that the SCO was founded on a principle of non-alignment and functions as an effective stabilizer for regional security and peace. China has always maintained that the focus of SCO is on combating the “three evil forces” – terrorism, separatism, and extremism – and other unconventional security menaces.

There are multiple benefits for India as well as the SCO which is concerned with security and stability in the Eurasian space.

India’s entry is also likely to tip the balance of power in favor of peace and stability in Afghanistan.

Challenges ahead for SCO?

It is naive to expect that India’s differences with China regarding the border or its ties with Pakistan will magically disappear. The inclusion of Pakistan in the SCO will also make it difficult for India to enjoy a level playing field.

Pakistan, which is embroiled in a domestic political crisis, may not be so willing to challenge hardliners in its country, and go along with India in promoting peace and stability in the Eurasian space. We have seen how Indo-Pak presence in SAARC makes it difficult to ink key pacts.

The clash of interests in a post – 2014 Afghanistan makes prospects of cooperation difficult. There is also a possibility that China may collude with Pakistan to suffocate India’s voice in the decision making process.

Other than that, India will have to balance the geopolitical ambitions of China and Russia to evolve a mutually beneficial framework.

List of agreement signed during the Prime minister visit

2. Memorandum of Mutual Understanding and Cooperation in the field of Elections

3. MoU between Ministry of Economy of Kyrgyzstan and Bureau of Indian Standards (BIS) on cooperation in the sphere of Standards.

4. Agreement on Cooperation in Culture

On his first visit to Central Asian countries, Prime Minister held talks with Uzbekistan President Islam Karimov on key bilateral and regional issues including the situation in Afghanistan as the two countries inked three pacts to boost cooperation between their foreign offices and in the field of culture and tourism.

Uzbekistan signed in 2014 .The pact was signed for supply of 2,000 metric tonnes of the yellow cake.

India and Tajikistan pledged to intensify cooperation against terrorism, with Prime Minister noting that the two countries are located in the “proximity of the main source” of the menace, an apparent reference to Pakistan and Afghanistan.

He outlined some of the elements of India’s ‘Connect Central Asia’ policy as follows:

1. India will continue to build on our strong political relations through the exchange of high level visits. Its leaders will continue to interact closely both in bilateral and multilateral fora.

2. India will strengthen its strategic and security cooperation. India already has strategic partnerships in place with some Central Asian countries. In focus will be military training, joint research, counter-terrorism coordination and close consultations on Afghanistan.

3. India will step up multilateral engagement with Central Asian partners using the synergy of joint efforts through existing fora like the Shanghai Cooperation Organisation, Eurasian Economic Community (EEC) and the Custom Union. India has already proposed a Comprehensive Economic Cooperation Agreement to integrate its markets with the unifying Eurasian space.

4. India looks to Central Asia as a long term partner in energy, and natural resources. Central Asia possesses large cultivable tracts of land and it sees potential for India to cooperate in production of profitable crops with value addition.

5. The medical field is another area that offers huge potential for cooperation. India is ready to extend cooperation by setting up civil hospitals/clinics in Central Asia.

6. India’s higher education system delivers at a fraction of the fees charged by Western universities. Keeping this in mind, India would like to assist in the setting up of a Central Asian University in Bishkek that could come up as a centre of excellence to impart world class education in areas like Information Technology, management, philosophy and languages.

7. India is working on setting up a Central Asian e-network with its hub in India, to deliver, tele-education and tele-medicine connectivity, linking all the five Central Asian States.

9. As for land connectivity, India has reactivated the International North-South Transport Corridor (INSTC). India & Central Asian nations need to join our efforts to discuss ways to bridge the missing links in the Corridor at the earliest and also work on other connecting spurs along the route.

10. Absence of a viable banking infrastructure in the region is a major barrier to trade and investment. Indian banks can expand their presence if they see a favourable policy environment.

11. India will jointly work to improve air connectivity between our countries. India is one of the biggest markets for outbound travelers estimated at USD 21 billion in 2011. Many countries have opened tourist offices in India to woo Indian tourists. Central Asian countries could emerge as attractive holiday destinations for tourists and even for the Indian film industry which likes to depict exotic foreign locales in its films.

12. Connections between our peoples are the most vital linkages to sustain our deep engagement. I would particularly like to emphasize exchanges between youth and the future leaders of India and Central Asia. India already has a robust exchange of students. India will encourage regular exchanges of scholars, academics, civil society and youth delegations to gain deeper insights into each other’s cultures.

In terms of a buffer, the purpose of Central Asia is in Indian eyes three-fold:

The Central Asian states face a number of other common challenges:

The SCO annual meeting was recently held in Tashkent, Uzbekistan. This was a very important meeting from the Indian perspective, because for the first time, India participated in the meeting as a full Member.

Why India Matters To SCO?

What’s In It For India?

how to get pdf of the articles..