Three years after being abruptly unseated, the National Company Law Appellate Tribunal (NCLAT) ruled that the sacking of Cyrus Mistry in 2016 and the appointment of N Chandrasekaran was illegal.

The Supreme Court should ensure an early closure to this corporate feud, and direct behavioral change in India’s boardrooms over the next few years.

Amendments to the Companies Act have made non-compliance with CSR norms a jailable offence for key officers of the company, apart from hefty fines up to ₹25 lakh on the company and ₹5 lakh on the officer in default.

CSR is not the main business of a company they should rightly be focusing their energies on the business rather than on social spending.

To mandate that private firms donate a part of their revenues to charitable causes is to profoundly misunderstand both the social responsibility of corporations and the meaning of the word donation.

Highlights of the Amendment bill

Mains level : There is a need of overhauling corporate governance in India.

1.The past few months and 2018 were marked by governance failures or shortcomings in some of India’s top listed private banks, leading to the exit of CEOs in Axis Bank and ICICI, of course, and in firms such as Ranbaxy and IL&FS, besides the National Stock Exchange.

2. Professional Managers at the front of misconduct – Unlike earlier such episodes, a common thread, and a worrying one at that, in this new wave of misconduct is that almost all of them feature professional managers, and boards that allowed themselves to be overrun by powerful managements.

Comparison with other countries

It is true that India is not an outlier when it comes to corporate scandals, looking around at what keeps unfolding in the US, Japan and some other countries.

2. Proactiveness on part of regulators – What’s encouraging, however, is the growing recourse by India’s regulators to claw back bonuses or stock options of executives found guilty of wrongdoing and easing them out.

2. Improving Governance – India needs a huge leg-up on the governance front, not just for companies to raise capital, soak savings and boost the real economy, but also to dispel the unease about growing inequality and ensure that capitalism doesn’t get a bad name. 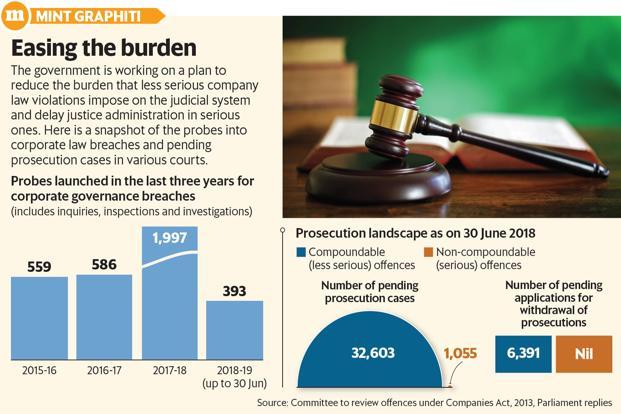 How will this help?

Capping the pay of independent directors

There are complaints of leakages and corruption at the village and taluka level, especially in tribal region on the city’s periphery.