On June 21, 2020 India witnessed an Annular solar eclipse. Solar Eclipses have caused fear, inspired curiosity, and have been associated with myths, legends, and superstitions throughout history. Take for example myth 101: Don’t eat food. Why? Let’s leave the myths and superstitions behind and discuss the science behind eclipses. 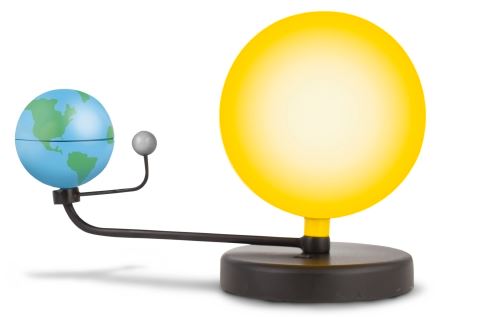 In the clouds of this pandemic, we are witnessing some spectacular celestial dances this year. Beginning with the Super Pink Moon and Lunar Eclipse this year, we recently witnessed the breathtaking ‘Ring of Fire’ Solar Eclipse.

An eclipse takes place when one heavenly body such as a moon or planet moves into the shadow of another heavenly body.

[I] A Lunar Eclipse 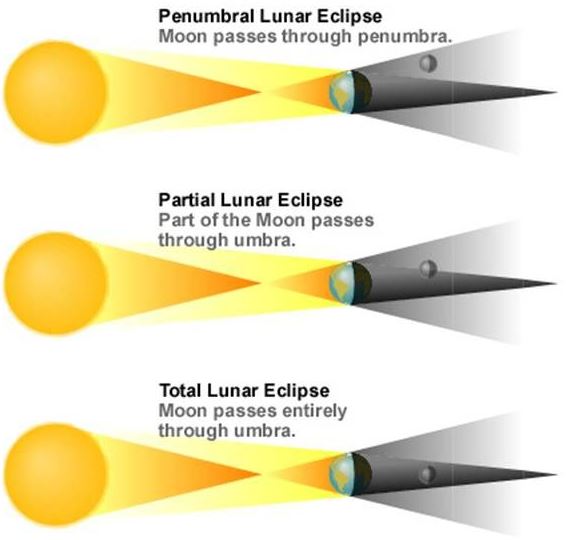 In a penumbral lunar eclipse, only the more diffuse outer shadow of Earth – the penumbra – falls on the moon’s face. This third kind of lunar eclipse is much more subtle, and much more difficult to observe than either a total or partial eclipse of the moon.

There are three types of solar eclipses. 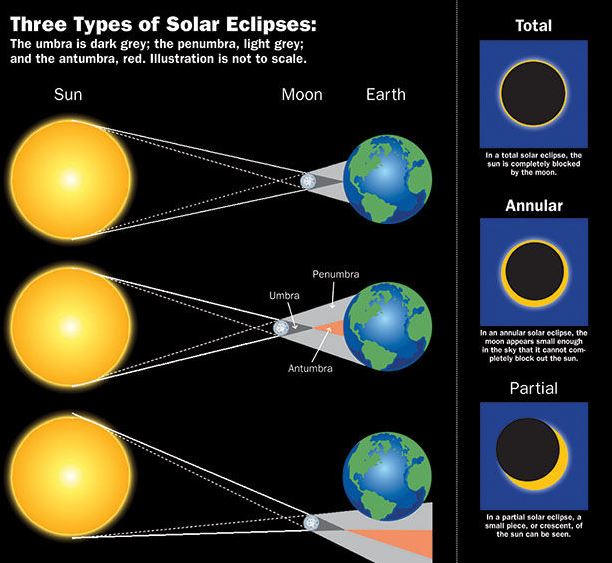 The first is a Total Solar Eclipse

A total solar eclipse is only visible from a small area on Earth. The people who see the total eclipse are in the centre of the moon’s shadow when it hits Earth. The sky becomes very dark as if it were night. For a total eclipse to take place, the sun, moon and Earth must be in a direct line.

The second type is a Partial Solar Eclipse

This happens when the sun, moon and Earth are not exactly lined up. The sun appears to have a dark shadow on only a small part of its surface.

The third type is an Annular Solar Eclipse

During a solar eclipse, the moon casts two shadows on Earth. The first shadow is called the Umbra. This shadow gets smaller as it reaches Earth. It is the dark centre of the moon’s shadow.

Why don’t solar eclipses happen at every New Moon?

The reason is that the Moon’s orbit tilts 5° to Earth’s orbit around the Sun. Astronomers call the two intersections of these paths nodes. Eclipses only occur when the Sun lies at one node and the Moon is at its New (for solar eclipses) or Full (for lunar eclipses) phase. During most (lunar) months, the Sun lies either above or below one of the nodes, and no eclipse happens.

When a planet comes between Earth and the Sun, it is called a transit. The only 2 planets that can be seen transiting the Sun from Earth are Venus and Mercury because they are the only planets that orbit inside Earth’s orbit.

Before we end our article on eclipses, we leave you with some previous years’ questions to try:

Q.2) Variations in the length of daytime and night time from season to season are due to: (CSP 2013)

(a) The earth’s rotation on its axis

(c) Latitudinal position of the place

(d) Revolution of the earth on a tilted axis

Which of the above are responsible for bringing dynamic changes on the surface of the earth? (CSP 2016)

Q.4) A person stood alone in a desert on a dark night and wanted to reach his village which was situated 5km east of the point where he was standing. He had no instruments to find the direction but he located the polestar, the most convenient way now to reach his village is to walk in the- (CSP 2012)

(a) facing the polestar

(b) opposite to the polestar

(c) keeping the polestar to his left

(d) keeping the polestar to his right

We have highlighted the correct answers.

Write your answers in the comments section.