Challenges and opportunities for BRICS

It is necessary for leaders, officials and academics of this grouping to undertake serious soul-searching and find a way out of the present predicament.

As India is gearing up to host this year’s BRICS summit, the grouping is facing fresh challenges, from disputes among member countries to tackling COVID-triggered crises and opportunities.

Issues in its consolidation

A roadmap to progress

China has made a proposal to create what it has termed a BRICS innovation base to take forward 5G and Artificial Intelligence (AI) cooperation.

“BRICS” is an acronym coined by Jim O’Neill in 2001. In the start of the 21st century, BRICS seemed like the future economic powerhouse. Somehow this picture faded a little with time. This article shows the resilience and potential demonstrated by BRICS in times of Covid-19. It throws light on the latest initiatives of BRICS like New Development Bank. Finally what lies in the future for BRICS?

Where does the NDB’s model fit in this picture?

The next step for BRICS –  COORDINATION

Bodies like BRICS have remained the favourite child of UPSC. Be it questions in prelims or mains. A question based on the regional grouping could be asked by the UPSC, for ex- “BRICS nations have proved to be more than merely an economic grouping. In light of the above statement, discuss the Humanitarian Assistance and Disaster Relief (HADR) potential of the BRICS countries.”

BRICS in future can leverage the coordination among them to work on finding the vaccine and also build on the experience gathered from the pandemic to form a disaster response policy in the future.

India has invited the Brazilian President to be a guest of honour for Republic Day 2020. It is also a good opportunity for focusing on intra-BRICS partnership and trade.

Future of the BRICS

Achievement of the grouping

Both India and Brazil need to further deepen the ties and increase cooperation in various areas of cooperation. BRICS, despite the various challenges, need to focus on congruencies between them and work towards greater cooperation.

The space agencies of BRICS nations have been negotiating a Framework Agreement to formalize the cooperation on building a ‘virtual constellation of remote sensing satellites’.

Why need such constellation?

What is the news: The 11th BRICS Summit took place from 13th 14th November 2019 in Brasilia, Brazil. 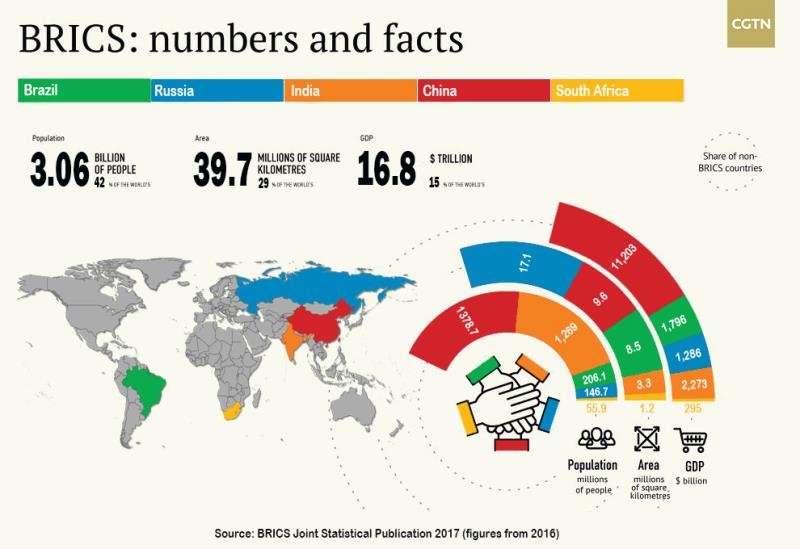 India’s Stand at the Summit

Meetings on the sidelines of the Summit

Even as two member-states (India and South Africa) of the IBSA Dialogue Forum have been busy with national elections and the third (Brazil) is settling down after its recent presidential elections, their foreign policy mandarins met in Kochi, May 3-5. The central goal was to develop a blueprint to rejuvenate IBSA, widely viewed as a unique voice for the Global South. Will this endeavour succeed?

Solidarity among developing countries – Throughout the period of its marginalisation by BRICS, a strong body of officials and experts in the three countries has held the view that IBSA is the true inheritor of solidarity among developing countries, which was nurtured from the Bandung Conference (1955) through UNCTAD and G-77 to the BAPA+40 Declaration (2018).

South – South Cooperation – It is the champion of South-South Cooperation, and the advocate of a coordinated response by developing economies to secure the Sustainable Development Goals (SDGs).

Shared Values – The glue that binds IBSA countries together is their faith in democracy, diversity, plurality, inclusivity, human rights and rule of law. This was reiterated through the IBSA Declaration on South-South Cooperation, issued in Pretoria in June 2018.

Mains : This year is special because India holds chair of the BRICS Summit from February to December. Though the exact outcome of all the Conferences, Meeting, MoUs, Declarations leading to the main Summit is not important, the themes being discussed are independently very important.

Prelims : All the declarations(Jaipur, Udaipur, etc), places(Khajuraho) where meetings were held and other keywords(like the BRICS Wellness Index) are important from a prelims perspective.

The 2016 8th Annual BRICS Summit will be held in Panaji, Goa, from 15th to 16th October. The theme this year is Building Responsive, Inclusive and Collective Solutions. It will be attended by the heads of state/government of the five member states Brazil, Russia, India, China and South Africa.