As 2021 draws to a close, a look at the Supreme Court of India’s docket reveals a host of highly significant constitutional cases that were long-pending when the year began, and are now simply a year older without any sign of resolution around the corner.

How delay in judicial process matters differently for the State and individual?

Significant cases that are unresolved

[a] Challenge to the dilution of Article 370

Implications of the delay

Consider the question “What are the implications of the delay in deciding the constitutionally significant cases? Suggest the way forward.”

The current CJI has been on record stressing the importance of the rule of law and the independence of the judiciary. One way of demonstrating that in action might be to hear — and decide — the important constitutional cases pending before the Court.

Note: Article 247 gives power to Parliament to establish certain additional courts for the better administration of laws made by it or of any existing laws with respect to a matter enumerated in the Union List.

The Union Cabinet has approved the continuation of the Centrally Sponsored Scheme (CSS) for the Development of Infrastructure Facilities for Judiciary. It also approved the decision to support the Gram Nyayalayas by proving recurring and non-recurring grants for a period of 5 years with a total outlay of Rs 50 crores.

What is Gram Nyayalayas Scheme?

Features of the Gram Nyayalayas 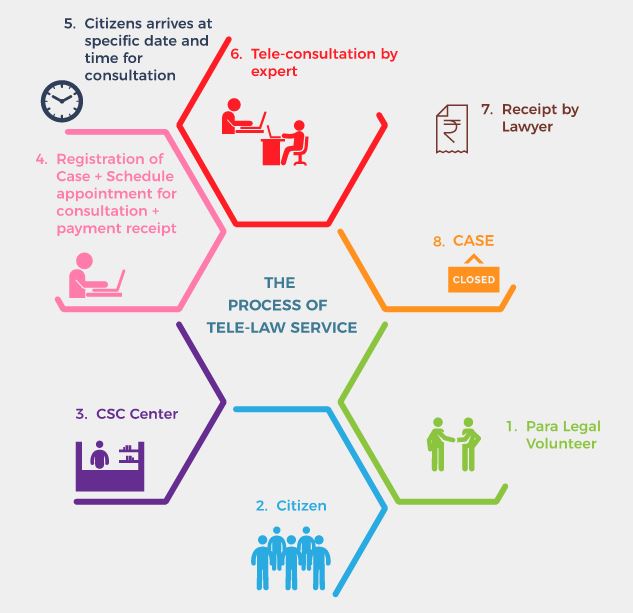 The Law Ministry recently commemorated an event to mark the coverage of more than nine lakh beneficiaries of the government’s tele-law scheme, using common service centres (CSCs) to provide justice across the country.

Features of the program

Several inadequacies in the justice delivery system lie hidden as disproportionate attention is given to the Supreme Court.

Public expects the judiciary to be ideal

Practice Question: Explain the various inadequacies in the justice delivery system in India which lie hidden. What steps need to be taken to address them?

A daily wager in Odisha has moved the Lok Adalat against PM after he allegedly failed to get an Aadhaar card registered in his name despite 21 attempts.

What are Lok Adalats?

Many members of a religious faction belonging to different countries have obtained release from court cases in recent days by means of plea bargaining. They were accused of violating visa conditions by attending a religious congregation in Delhi.

Q.What is Plea Bargaining and how does it work? Discuss the rationale behind and benefits in reducing the burden on Judiciary.

What is Plea Bargaining?

When was it introduced in India?

In what circumstances is it allowed?

How to avail this?

What is the rationale for the scheme? What are its benefits?

Do courts have reservations?

Core of the problem: Pendency of cases

Why so much pendency in the apex court?

What the Law Commission said

Who can constitute additional benches?

Mains level : Out of court settlement mechanisms in India A British citizen, Will Pike was paralysed during the 2008 Taj Hotel blasts in 2008. Suing the hotel group for compensation, he wanted the trial to take place in London rather than in India. Accepting his contention, the London court allowed the matter, specifically stating that the trial in India could take some ‘twenty years’. This is a befitting example of the pendency in Indian judicial system and how it needs to be urgently addressed.

THE MAGNITUDE OF THE PROBLEM

The graphic below states the number of cases pending before the Courts in India. Currently, about 3.25 crore cases are pending in the Indian courts and Judges fear that this number might escalate to about 4 crore cases by the end of 2016. This problem gets escalated due to the crunch of Judges at all levels of Judiciary as seen in the graphic below.

Timely justice is an integral part of access of justice and this huge backlog of cases amounts to denial and derailment of justice. This article will look into the proposed reforms for addressing this systemic problem.

1. Calculating Adequate Judge Strength through a more scientific analysis of data – In this context, the Commission has negated a simplistic method like Judge-Population ratio (Number of judges required per million people) in favour of a Rate of Disposal Method.

In the Rate of Disposal Method, one looks at the current rate at which judges dispose of cases. Then, given that the institutions and disposal rate remain the same, the Courts would need how many more additional judges to keep pace with the new filings in Court so that the newly instituted cases do not add to the existing backlog.

3. Increasing the age of retirement for Subordinate Court Judges to 62 years.

4. Creation of Special Courts for traffic/police challan cases: They constitute about 37.4% of the existing pendency before the subordinate courts.

5. Provision for staff and infrastructure

6. Periodic Needs Assessment by High Courts: Monitoring the rate of institution and disposal of cases and revising the adequate strength of Judges since a High Court is equipped with all the information relating to the subordinate courts in the State. The Malimath Committee had recommended setting up of Vigilance Cells in each district by the High Court to monitor the performance of subordinate judicial officers.

8. Need for a system-wide reform: The Commission has recommended the following:
● Greater encouragement to Alternative Dispute Resolution (ADR) and Lok Adalats <Can you tell us the difference among various types of ADRs, mediation, arbitration and conciliation? Answer in comments>
● Setting up non-mandatory time frames and performance benchmarks for resolution of different types of cases based on rational criteria.

9. Use of Technology : Has been recommended by the 230th Law Commission Report and the Malimath Committee Report to
(a) Club cases filed on similar points of law, which can be decided on the basis of a single judgment.
(b) Track old cases, which have become infructuous and dispose them off quickly
(c) Setting up E-Courts and ushering in E-filing. Has received a major boost under the e-Courts Integrated Mission Mode Project.

10. Creation of All-India Judicial Service: Provided for under Article 312 of the Indian Constitution. The idea has been mooted by various bodies including the First Judicial Pay Commission and accepted by the Supreme Court. Art 2012 proposal regarding creation of this service has not received responses from all States and this proposal continues to be hanging in the air <can you tell us the procedure of creation of new all India service? Answer in comments>.

Many steps are currently being taken by the Government and the Courts to address this problem.

However, in view of the burgeoning backlog and urgency of reducing backlog, the efforts need to be severely expedited.

P.S. This article is published with inputs from a CD user  Joyousjojo (name changed on request).

P.P.S. If you want to write explainers for CD, mail us your explainer at hello@civilsadily.com