Mains level : Paper 3- What do you understand by quantum technology? What are its applications? How it is different from the classical computer technology?

Use of supercomputer to find the cure of Covid-19

Computing capacity as a limit on molecular discoveries

The following points explain the limits of classical computers. Pay attention to the Moore’s law, and how it explains the development of semiconductor technologies and in turn computers as a whole.

What is the solution to the limits of classical computers?

Quantum technology is one of the emerging and revolutionary technologies, you should be aware of the terms and general principle which lies at the heart of such technology. So, terms like superposition, qubit, binary etc are important if you want to answer a questions related to this technology.

Quantum computing and its applications

Investment in the development of technology

Back2Basics: Difference between bit and qubit

Mains level : Paper 2- What are the factors that helped Kerala deal with Covid-19 successfully compared to the rest of the country?

With figures emerging of Kerala’s success in dealing with the Covid-19, the rest of the nation has lessons to learn from it. This article describes the approach adopted by Kerala, and how various factors like robust health infrastructure, past experience etc. are helping it.

Kerala stands out in India: some figures and facts

With Covid-19, we are in unknown territory in many ways. If Kerala emerges as the success model, the question can be framed from that perspective. So, note down the factors described below that are helping the state in tackling Covid-19 successfully.

Preparing for the next challenge

Strength of the public health system of Kerala

Learning from the past experience

Testing and tracing in Kerala

Welfare payment in Kerala more than the rest of the country

Decentralisation paying off in Kerala

Though it is too early to declare Kerala as a success story, still there are many lessons to be learned by the rest of the country in its fight against Covid-19.

Mains level : Paper 3- Purpose and issues with IBC, its various provisions and changes that needs to be made in the wake of Covid-19.

This article argues the suspension of IBC for six months. The issues arising out of suspension like damage to the creditors are also dealt with here. Reading of this article will help us understand the finer details of IBC that are relevant from the UPSC point of view. We have also covered one article from livemint dealing with the same issue, but that article covered the issue in a broader sense.

Who are operational and financial creditors?

The two types of creditors were in the news, so pay attention to these terms.

Increase in threshold limit to file an insolvency petition

Possibility of the domino effect after the lockdown is over

Steps that should be taken to avoid the domino effect

The objective of the IBC is not just insolvency but the reorganisation of companies, maximisation of value of assets and the need to balance the interests of all stakeholders. Pay attention to this point.

How the suspension of the IBC will be beneficial?

Suspending the IBC for six months would be a much-needed step to prevent further damage to the economy. It would be in the larger public interest. Indeed, at this critical stage, permitting the legal remedy of insolvency could be the last nail in the coffin of many companies.

Back2Basics: What is the Insolvency and Bankruptcy Code?

Infectious disease outbreaks, like the current Coronavirus (COVID-19), can be scary and can affect our mental health. This pandemic is going to leave a bigger trauma for those who had lost their dear ones as well those who recovered.

The chopped off-hand of a Punjab Police officer has been successfully re-implanted after hours of surgery.

Anastomosis is a general term in surgical sciences used to join amputated limbs or organs. The term has made headline due to its recent application. A piece of general information regarding novelties of medical sciences should be known to the aspirants.

In which cases is re-implantation possible?

Can a reattached hand get its function restored? 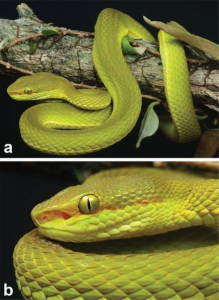 The new species, Trimeresurus Salazar is a snake been discovered in Arunachal Pradesh.

Another specie spotted with one more peculiarity, the name Salazar 🙂 Such species are most likely to be asked in prelims to match the columns with their habitat state.

Nanotechnology is a pathbreaking technology which can create many new materials and devices with a wide range of applications, such as in nanomedicine, nanoelectronics etc.  PSN is one such application. Topics like PSN are most likely to be asked in the competitive examinations.