‘Atma-nirbhar’ has become a buzzword after PM Modi mentioned it in his speech. This article analyses the policy statement announced by the PM that focuses on self-reliance of the country in the future.  So, what exactly the term self-reliance could include? what are the areas in which India is dependent on other economies? Read the article to know more about these issues.

What is there in the PM’s vision statement?

Commitment of political leadership: key to spending and investment

Focus on the self-reliance

So, on which economies is India excessively dependent?

How to turn import dependence into import power?

So, what are the lessons for India?

Consider the question “For India, it is not trading dependence that makes India vulnerable but the inadequacy of its human capital. Comment”

For India to be truly self-reliant and self-confident, public investment in education, human capability and research and development has to increase.

Mains level : Paper 3- Changes in labour laws and growth in the economy.

Recently several State governments made changes in their labour laws and removed or expanded limits on working hours and changed several other provisions. The article argues that the move may not be as beneficial as it is thought to be. So, how come the changes turned out to be detrimental to the interests of the workers? and what are the other issues involved? Read to know more…

Why it is not a good move?

Demand is a reason for the slowdown

2 concerns over the rationale of scrapping laws

Time to rationalise the labour laws

Consider the question “There is a rising demand for reforms in the labours laws in India. Examine the issues with the current labour laws in India. Suggest the areas which require improvements “

The changes made by the State governments should not end up doing more harm than good. To ensure that there must be a careful calibration of the move and its consequences.

Mains level : Paper 3- Employment issues caused due to economic disruption of the pandemic.

The article suggests ways to revive the economy while keeping in mind the livelihood issues of the vulnerable section of society. Urgent concern should be addressed by the food and cash transfer, after that for livelihood in the rural area MGNREGA can be of great help. In the urban area, a  scheme based on the lines of MGNREGA is suggested. In the end, some ways to increase revenue are suggested.

Need for changes in MGNREGA

Consider the question, “The economic disruption caused by the pandemic threatens the progress made on the front of inclusive growth. Suggest the measures to ensure the livelihood of the economically vulnerable section of the society in the aftermath of the pandemic in rural and urban areas.”

The broken economy must be rebuilt in ways to ensure a life of dignity to the most disadvantaged citizen. The ways suggested here shows how to achieve that.

Finance Minister has announced some details of the Atmanirbhar Bharat Abhiyan economic package. The main thrust of the announcements was a relief to Medium, Small and Micro Enterprises (MSMEs) in the form of a massive increase in credit guarantees to them.

What is the package about?

What is the credit guarantee scheme for MSMEs? 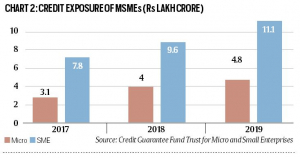 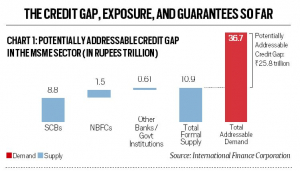 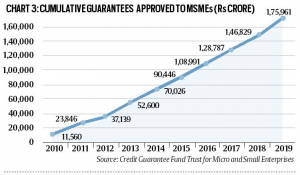 What were the other measures?

How far will these measures help? 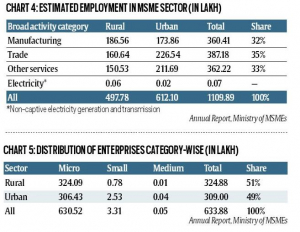 The newscard talks about palliative healthcare which may help when the world is reeling under this most unexpected and unprecedented pandemic, COVID-19.

Palliative Care is a promising approach to counter the psychosocial impacts of the COVID-19 outbreak. We can use this as an example to quantify the measures required to improve mental healthcare infrastructure in India.

Social sufferings caused by the pandemic

What is Palliative Care? 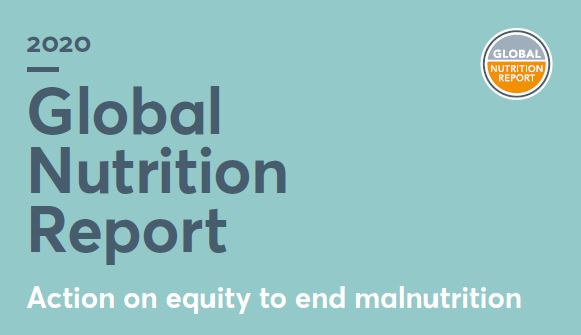 The Global Nutrition Report 2020 has stated that India is among 88 countries that are likely to miss global nutrition targets by 2025.

UPSC may puzzle you by asking a prelim question like-

Visit this link for more graphics related to India: https://globalnutritionreport.org/resources/nutrition-profiles/asia/southern-asia/india/

About the Global Nutrition Report

India would miss the targets

1) Stunting among under-5 children,

2) Anaemia among women of reproductive age,

What are Global nutrition targets?

1) Reducing stunting by 40% in children under 5 years age

3) Ensuring a 30% reduction in low-birth-weight

4) Ensuring no increase in childhood overweight,

6) Reducing and maintaining childhood wasting to less than 5%.

Farmers are now being encouraged to adopt ‘direct seeding of rice’ (DSR) in place of conventional transplanting due to lack of labourers, who are stranded due to lockdown.

Recall the classification of cropping seasons on India based on onset and retreat of Monsoon.

What is ‘Direct Seeding of Rice’ (DSR)?

How is the question of herbicides addressed in DSR?

What are these herbicides?

What is the main advantage of DSR? 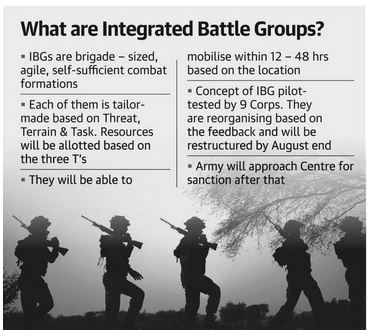 The deployment of Integrated Battle Groups (IBG) is necessary for counter-insurgency operations across the terror hit borders of India. Discuss.